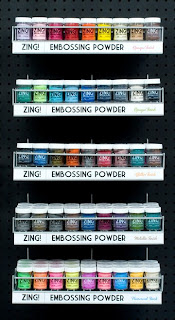 Slap my hands... I forgot to mention *ZING* from American Crafts! These are really fine embossing powders that really are scrummy... 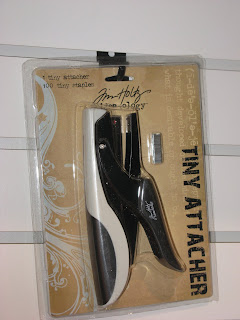 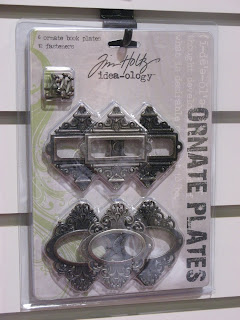 So TIM HOLTZ (The Grand Duke of Grunge) has widened his range with Advantus (remember he also has stamps with Stampers Anon, and inky-dinky-do with Ranger... busy bee!) Some interesting nick-knacks... all aged, distressed, grunge type. The mini-stapler tool is a gadget which I have seen Making Memories toy with, and is a revision on the original EKSuccess fastenator. I have heard whisperings of an improved upgraded option out later in the year (but not from any of the brands just named...) 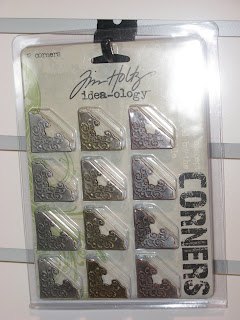 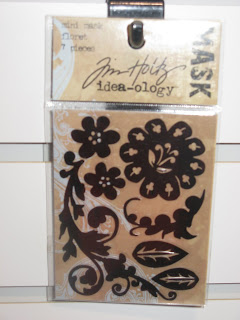 What is some aging embellishments without a centre-piece of grunging cases (which was attracting ALL the attention... ;) 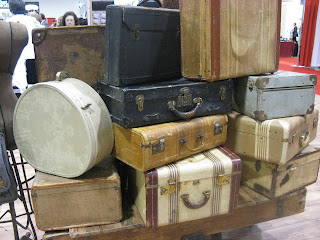 Lastly spotted the man himself showing some retailers around the booth. He finally unshackled himself from that demo spot for some vital pimping. Love his stuff... 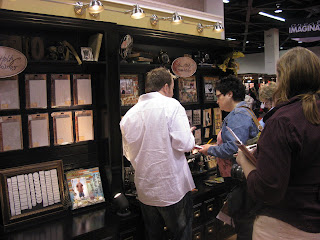 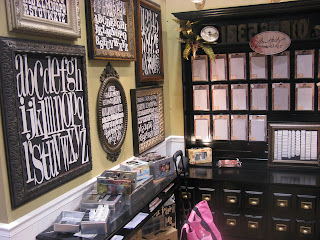 Headed over to QuicKutz booth which in 2008 had been a little bit of a disappointment... but they have turned a corner, and suddenly feel back in the design saddle - releasing some fab consumable staples. As DO stockists will be flogging the squeeze and alphas for just £19.99 (you heard it right folks!) in March, the new 2x2 embossing folders will be a real MUST HAVE addition to maximise that bargain buy. With 4 for £4.99 (or thereabouts) I can feel a marriage with some core'dinations coming on... 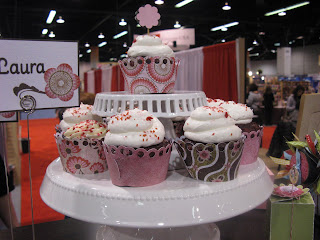 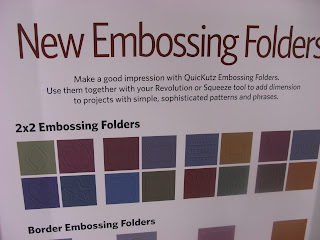 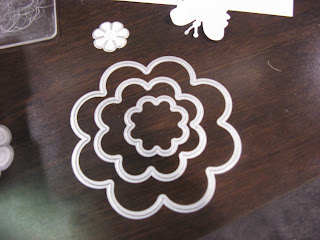 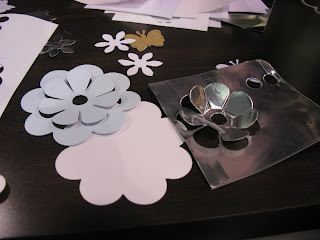 Also of note were the stunning nesting (aka concentric) stencils, as well as the coordinating dimensional stencils which build a 3D effect. This is a KEY TREND for 2009! I spotted a few companies giving this dimensional effect some limelight through punches (which X-Cut has done in March too) and through this die-cutting. Have to say I was smitten with the floral version. 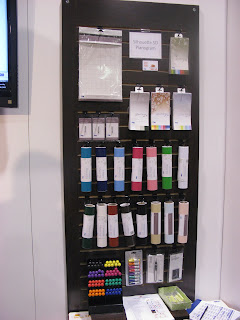 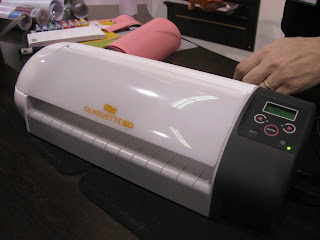 The new silhouette is sleeker, friendlier and more playful than the previous version. We got a demo, before I left my camera on their stand for half a day - and in a blind panic and hot sweat ran back to see if it was still there... phew, for honest folk!

Lastly... just because it is like butter on a hot potato... the lush Aussie accent from Kaiser Crafts! Worth wading through the whole post for!
Posted by Becks at Friday, January 30, 2009

i wonder if any one had the urge to pull out the bottom case and send the others toppling over??

Safe trip home,and thanks for sharing all these 'finds'with us!
Ali

OMG and what a finale.... just LURVE Tim Holtz stuff...they are all fabulous and oh those embossing folders look like they are to die for :D
Thanks for all the gorgeous eye candy.
Have a safe trip home :D
hugs
Chris xx

Becks
Dorset, United Kingdom
It is time...after almost 2 years out of the blogosphere, I am back in the saddle...

Do you bake CUPCAKES?

Find a Scrapbook Club near you... Click on the icon to find events all over the UK!

Need to find the latest goss?

Click on the LABELS section below (like way down there...) and see all the latest! No need to miss a thing... Got issues? Here is one for FREE! (www.freecraftmag.com)

Do you WRITE on your scrapbook pages?

Do you attend a club, crop or workshop event... Working with Mich Turner to create the ultimate range of cake decorating equipment!

Do you buy a UK scrapbooking mag? A little light literature that EVERY girl should own! If you want to be a goddess in all aspects of your life, then this book covers the surface (wholly superficial and incredibly proud to be!) The Proper Care and Feeding of Husbands... a slightly entertaining look at how to make marriages last (and it is not about to pat us on the back and say 'job done' ladies...) Well written with good insights! Thanks Ruth for recommending... x 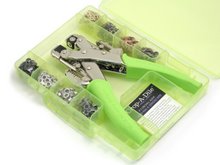 The *Crop-A-Dile* (in LIME GREEN or CHIC PINK) from We R Memory Keepers is THE TOOL to be seen tucked into your knickers or tied to your Tote. It is 'da bomb'...

Ever want to know the meaning of Life... or at least how to live like you are dying (not as morbid as it sounds) then this is one book that can shed a little perspective on why keeping a scrapbook, and living like you mean it MATTERS!